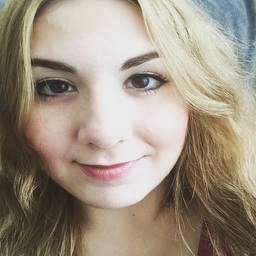 Chelsea Camin specializes in a wide variety of vocal repertoire. She also holds two degrees in Music Education, and most recently graduated with her M.A. from Columbia University’s Teachers College. Chelsea is a certified music teacher in New York state, and an avid performer in New York, she is ecstatic to bring both musical experiences to VirtuLessons.

Chelsea can teach all voice types, ranging from beginner to advanced; and also teaches students of all ages. She has been teaching voice privately for the last 8 years, and is currently teaching early childhood music classes at a music school on Long Island..

More recently, she has performed in venues such as the Metropolitan Opera House, a collaboration with the American Ballet Theater’s performance of “The Tempest,” as well as other performances with Teatro Grattacielo for their 20th Anniversary Gala Concert. Among Choral, Classical and Baroque performing, Chelsea is also a Jazz Standards and Musical Theater enthusiast, where she continues to perform and put on her own Cabaret acts in New York City.

Schedule a Lesson with Chelsea